I've been following this lady for a while now. Looked yesterday, and was attracted to the book she shows at about 18.30 into the video.

Checked it out on Abe, and I've pushed the boat out and bought a first edition in good nick. I think it's the most I've ever paid for any book though.

Some days you have to "wear purple".

While reading A G Street he relates how a friend of his recommended he start writing and gave him a book as an example. The year was 1930, the book was called 'Corduroy' and the author was Adrian Bell who told the story of how in 1920 he left London's Chelsea and went to work on a Suffolk Farm.
I bought the book and have it now. I like the idea of reading the same book Mr Street did almost 100 years ago.
Stanley Challenger Graham
Stanley's View
scg1936 at talktalk.net

Sadly I won't be getting the reckless purchase recommended by Sarah's Graveyard. The dealer told me last night it was sold in May and he forgot to delete it from his list. I'll get over it.

Just finished this book and thought it was a good read. 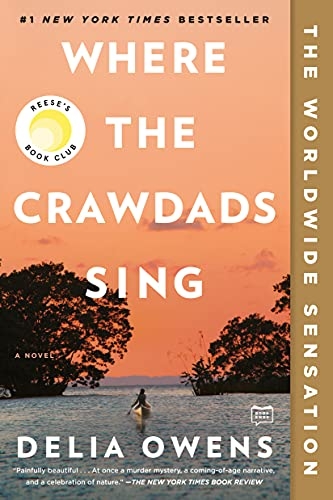 Susan has AG Street and Corduroy. I am slumming at the moment with a Dan Brown book just to keep me in practice for the next real read which is a history of the Albigensian Crusade....
Stanley Challenger Graham
Stanley's View
scg1936 at talktalk.net

I'm around half way through The Indifferent Stars Above: The Harrowing Saga of the Donner Party by Daniel James Brown

Very good up to now.

Next up will be Miracle In The Andes: 72 Days on the Mountain and My Long Trek Home

Private Eye is top of the pile at the moment.

Lost its bite I'd say.

I've just ordered 'Jeffrey Archer - Stranger Than Fiction', by Michael Crick. Interest re kindled by the fact that he was 'thick as t*****s' with one Nadim Zahawi some time ago. I don't think that registered last time I read it (as a library book). Zahawi hadn't climbed the greasy pole to wealth then, but he's definitely from the same mould as Archer. They ran a 'charity' for Kurdish refugees.

Fun to see a full record of all the books I've bought - I thought I might have got it already - but no I hadn't. Earliest record was from 2004 !

PS.
Find that the Wikipedia entry for Archer covers much of the Crick book in an abbreviated form. Curious that whilst Broosk Saib is mentioned, the other Kurd - Minister for Education Nadim Zahawi is nowhere to be seen. They were close at the time and said to have been nicknamed Lemon Kurd and Bean Kurd. That's probably a hate crime nowadays.

Interesting David. As I am sure you are aware Private Eye did a piece about him that was quite revealing, I wonder if he'll sue?
Worth mentioning here that in the last issue PE did a piece called Profits of Doom, a big article uncovering many of the cosy and very profitable arrangements between the government's chums and the NHS in procurement. Billions of pounds swilling around. It also covers the subsidies we are paying to private medicine and their hospitals. Read it and weep for probity and principle....
Stanley Challenger Graham
Stanley's View
scg1936 at talktalk.net