A community site for Barnoldswick & the surrounding area
https://oneguyfrombarlick.co.uk/

by Stanley
I've been contacted by Andrew Heginbotham, son of Eric (Higgy) who worked with Peter Tatham. He has lost the pictures he had of Higgy and Peter in a house fire and because of the loss of pics in old topics that happened when there was a conflict in an upgrade of the site he can't find them again. Pass the word round. if anyone has pics of Eric and Peter please post them on the site. 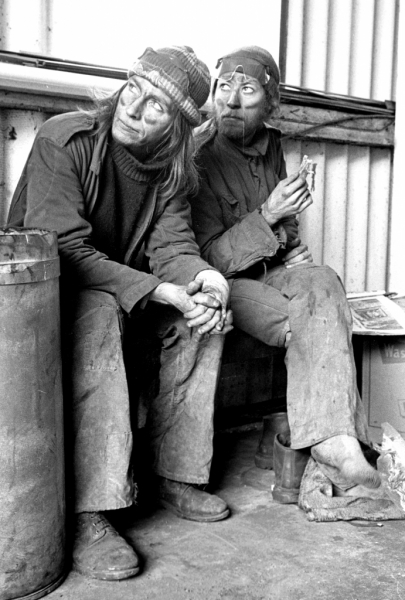 Eric and another Andrew at Salford in 1976.

Funerals have been on my mind this week. This is from Peter Tatham's funeral in May 1988. I thought perhaps some of you might recognise someone. Can it really be almost 25 years ago? 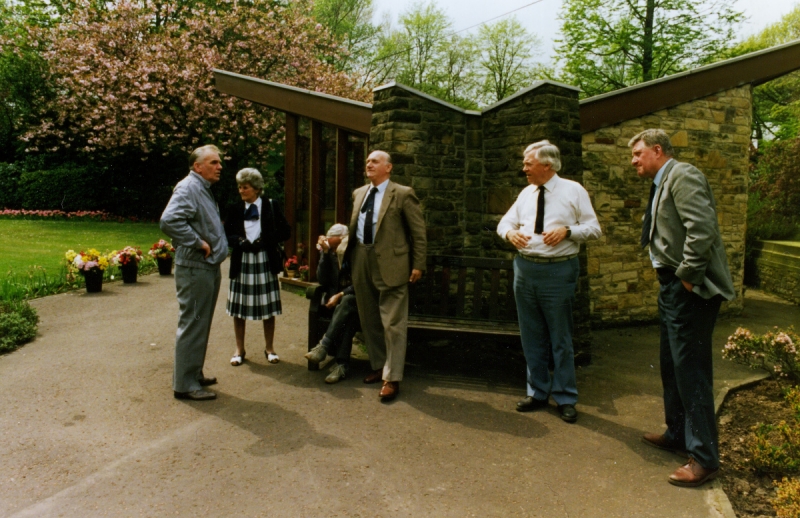 by PanBiker
Here is the image: 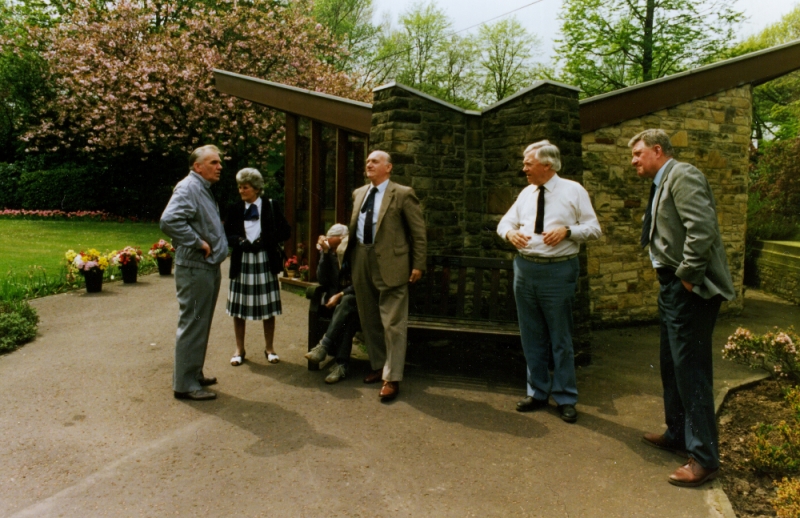 by Andy higgy
Over 30 years ago now , god that sounds old 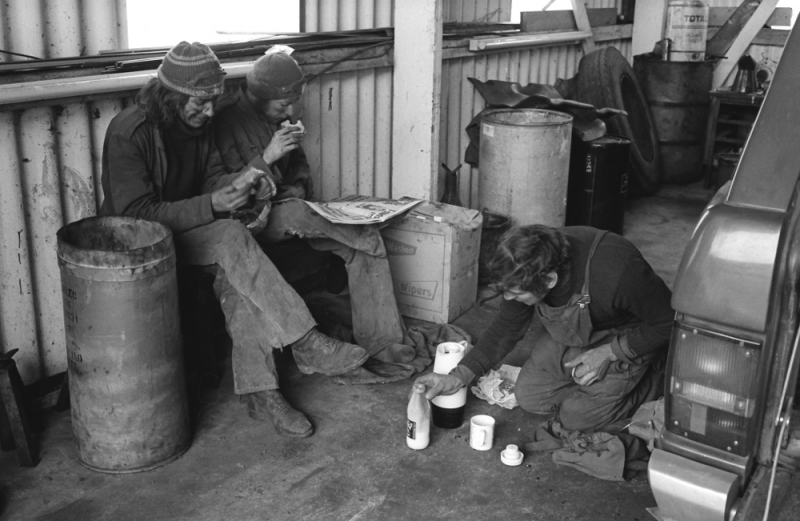 Two for the price of one Andy. I take it you know how to copy from site? 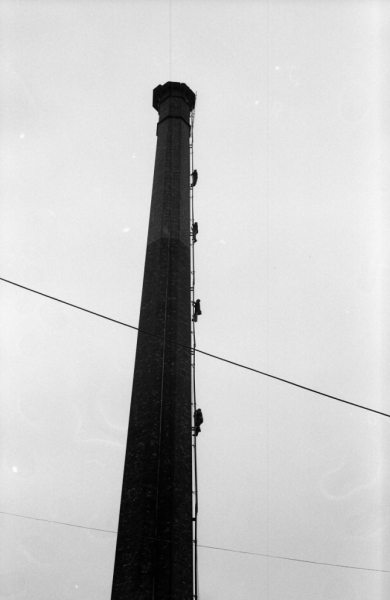 A rare sight, four men on a ladder. Salford destructor chimney. Peter first, then Eric, than Andy Berger and last of all Daniel Meadows who was doing pics of them working. 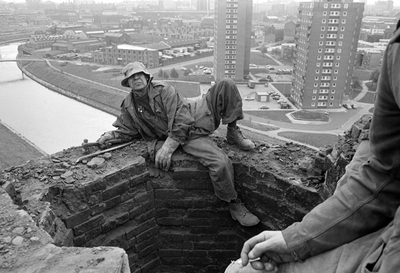 Daniel's pic of Peter at the top of the chimney. 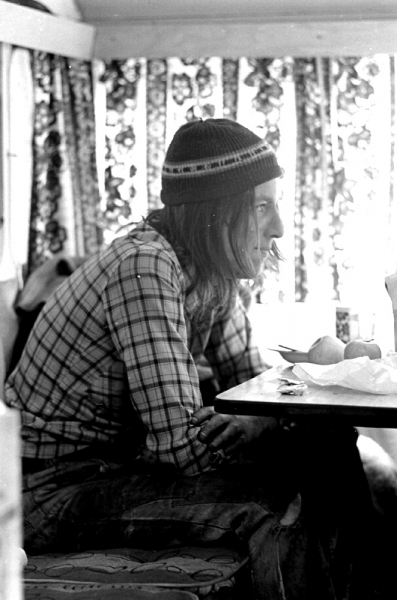 Higgy in Peter's caravan at the felling of the Sunnybank stack at Helmshore in 1977. He was working with his arm in plaster. He had broken it on the way back from the pub with Peter in Gloucestershire, he fell down a hole in the road.
[Andrew, let me know you're managing to download these pics!] 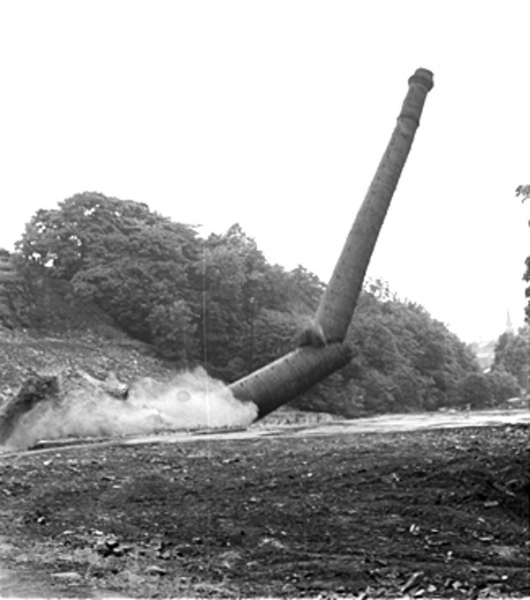 Sunnybank stack 1977. There was a strong wind and it was raining. It got to the stage where Peter reckoned it was the wind that was holding the stack up, it was rocking backwards and forwards. Peter and Higgy went in the caravan and brewed up and I stood in the rain waiting for it. Peter was right, the wind dropped after about twenty minutes and so did the stack. It was lousy weather and that's why the pic isn't my usual quality.
We had a bet on how far the air terminal would go and I won. It was very heavily banded and I went for a distance further than the height of the stack which from memory was about 80 yards. 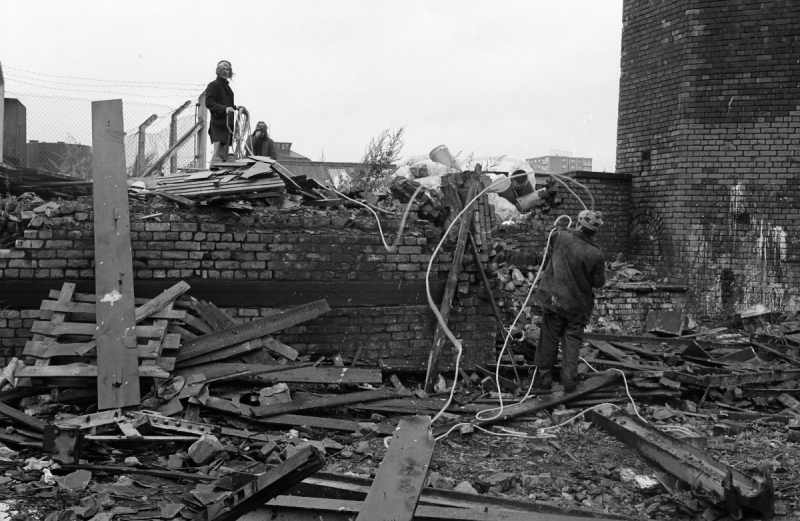 Higgy at Salford with Andy Berger in the background and Pater Tatham at the front. Making preparations for laddering Salford Destructor chimney in 1976.
All times are UTC
Page 59 of 59
Powered by phpBB® Forum Software © phpBB Limited
https://www.phpbb.com/