Not bad for a lass that was sitting her A levels in May.

Among all the other accolades she is the first person ever to go all the way as a qualifier and win in the final. She had to play more matches than anyone else and has seen off Olympic champions and seeded players. Never dropped a single match in the entire process. She seems to be a very well rounded and calm individual on interview as well at this tournament. I hope she has put the demons behind her that plagued her at Wimbledon, probably a very smart move pulling out there to get her head in order.

$2.5M for three weeks work, that's £1.8M in real money. Lots more to come no doubt. Tim Henman summed it up, ""she is good to go now as long as she doesn't get injured"
Ian
Top

New series of Endeavour starts on ITV tonight, recording is all set up so I can FF through the ad breaks.
Kev

They say some chap called Novak something is playing tonight. I think from what they say, he's quite a well known player. Not sure if it's on TV but I really couldn't care less.

PS I noticed the indecent haste with which HMQ rushed to associate herself with this lady's success. Within an hour or so of the win. She must have 'done a Boris' and had two versions of the letter ready. A bit unseemly I'd say - the next day would have been more dignified.

I was impressed by the maturity of her response to it all. She has been sponsored by the LTA since the age of nine, and they'll have looked after that side of things but she surely didn't expect this to happen so soon. The loser was equally eloquent.

Now I just heard on the news that Miss Raducanu has spoken to her Chinese fans in fluent Mandarin ! (I forgot her mum is Chinese)
No end to her talents and future marketability.

She can probably walk on water as well....

Watched the GP at Monza, a good race with McClaren getting a surprising 1,2 after a long wait!
Stanley Challenger Graham
Stanley's View
scg1936 at talktalk.net

Tonight on bbc2 at 9pm is the second of four A House Through Time, also on itv at the same time is Long Lost Family, Born Without Trace, What Happened Next, now then which shall I watch and which shall I catch up on later?
Gloria
Now an Honorary Chief Engineer who'd be dangerous with a brain!!!
http://www.briercliffesociety.co.uk
http://www.lfhhs.org.uk
Top

Complicated by the fact that Col will want to watch Silent Witness and there is a programme about Thomas Hardy on Sky Arts that I would like to see.
https://www.wunderground.com/personal-w ... UNITEDK203
Top

You’re going to have a list to catch up on.
Gloria
Now an Honorary Chief Engineer who'd be dangerous with a brain!!!
http://www.briercliffesociety.co.uk
http://www.lfhhs.org.uk
Top

Watch the House Through Time.
Record Long Lost Family.
Send Col to bed. (He put a decent TV in the bedroom ready for coming out of hospital.)
Hope the Thomas Hardy documentary is repeated.

Two more favourites on tonight, GPs Behind Closed Doors on Ch5 at 7pm and Saving Lives At Sea on BBC 2 at 8.00pm, a feast of TV!

The House Through Time was worth staying awake for. The house itself makes me nostalgic for the Leeds of my childhood, not that we lived in a house like that ours was a 1940s semi, but some of my schoolfriends did. It's good that the stone hasn't been cleaned, I grew up thinking that Yorkshire stone was black. Our house was built in the grounds of a larger but similarly designed house....hang on, I have a photo.

received_2930297750615798.jpeg
You do not have the required permissions to view the files attached to this post.
https://www.wunderground.com/personal-w ... UNITEDK203
Top

Probably my first day at the High School, September 1961. The beret didn't stay that smart for long! What happened to gabardine macs?

And why were they all two sizes too big! 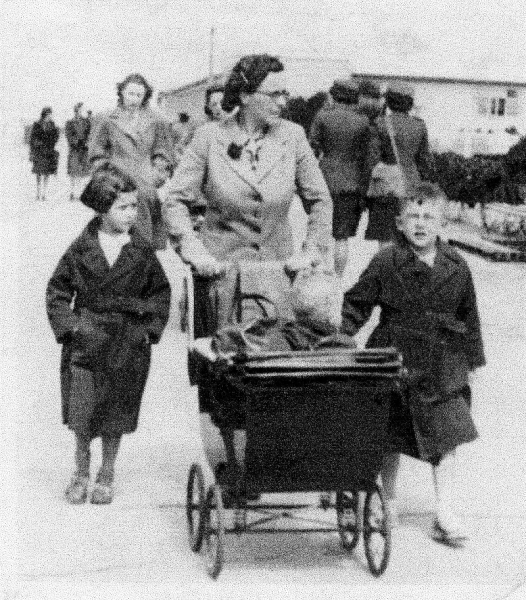 They were two sizes too big so you’d grow into them.
Gloria
Now an Honorary Chief Engineer who'd be dangerous with a brain!!!
http://www.briercliffesociety.co.uk
http://www.lfhhs.org.uk
Top

We watched Long Lost Family which was okay, but mostly going over what we’d already seen. We will catch up on A House Through Time tonight before we watch Fred and Rose West:Reopened, at 9pm.
Gloria
Now an Honorary Chief Engineer who'd be dangerous with a brain!!!
http://www.briercliffesociety.co.uk
http://www.lfhhs.org.uk
Top

I'm with Col, Silent Witness, excellent, and challenging judging stereotypes with more than one character, there always tends to be a moral in the plot.

Caught up with House Through Time, excellent, very interesting bit about the Boar War, well worth a watch.
Gloria
Now an Honorary Chief Engineer who'd be dangerous with a brain!!!
http://www.briercliffesociety.co.uk
http://www.lfhhs.org.uk
Top

I will be watching it, with a brew, as soon as I've finished work

Pam Ayres in the Cotswolds was wonderful. How can you not like her?

Blenheim Palace once again gets onto the bucket list, and seeing the Hook Norton brewery dray horses still delivering the beer locally - then getting a pint each to drink directly from a pint glass was memorable. They did enjoy it.

Little known fact. There are more pandas in the wild than registered breeding shire horses.
Born to be mild. . .
Preferred pronouns - Thou, Thee, Thy, Thine
Top
Post Reply
2572 posts