SOUGH BRIDGE MILL (2)
With the outbreak of war there arose a pressing need to move essential war production out of factories well known to the Germans into safer accommodation. Plans had already been laid for this contingency and it had been decided that the Air Ministry would run ‘shadow factories’, in other words, the ministry would bear the expenses but the works would be managed by the occupants. On the 12th of September 1940 an advertisement was placed in the Manchester Guardian and as a result of this the Rover Company learned that Bankfield Shed in Barlick was stood empty.
Bankfield had a lot going for it, it was a larger mill than most and was owned by British Celanese who had bought it and refurbished it in preparation for opening it as one of their branches. It became Shadow Factory Number Six on the 25th of September when the requisition order was signed.
As soon as Rovers had moved into Bankfield they started looking for other sites in the locality. Butts and Calf Hall in Barlick, Grove and Sough Bridge in Earby and Carleton Mill at Skipton were all available and were requisitioned. So, it looks as though by 1940 all weaving had stopped in these mills. Perhaps this means that the self-help Nutters (Kelbrook) Ltd went out before this date.
Much refurbishment had to be done to make Sough Bridge suitable for precision engineering. Floors had to be levelled and concreted and adequate electric distribution systems installed. Once this had been done Sough Mill restarted as a factory for the manufacture and refurbishment of piston aero engines, I think one of them was the Armstrong-Siddeley Cheetah. Labour was recruited from the surrounding area and the mill remained in Rover Company hands right through to 1945 and the end of the war.
1945 brought further upheavals as Rover pulled out and concentrated again on their Coventry factories. It was the end of lucrative war work and all the workers who stayed ended up unemployed. In many people’s minds it was a return to the ‘hungry thirties’ and there was more than a little resentment. It’s little wonder that they felt as though they had been used to help win the war and then thrown on the scrapheap. This of course was part of the reasons for the landslide Labour victory in the General election.
But there was a ray of light on the horizon. Earby had two well appointed factory units, fully refurbished and electrified. They also had a reservoir of labour who were used to precision work. Horace Thornton once told me that when Armorides came into the town at this time and took over Grove Mill, one of the managers told him that Earby was the cheapest place to set up a modern industry in the West Riding. There were other people looking at Earby as well.
We need to step back a bit here and look at the history of another firm, Jowett Motor Cars. My younger readers might never have heard of this marque but if you go to vintage car shows you can still see the occasional Jowett Javelin or Jupiter and if you are really lucky, a Jowett Bradford Van. There has never ever been a motor car quite like the Jowett Bradford. Built like a hen hut on wheels and powered by a flat twin engine, you could recognise them a mile off simply by the sound of the engine.
The first one I ever saw was up at Black Lane Ends. I had called in to see Jack Emmott who farmed up there with horses, he hadn’t even got a tractor. I was surprised to see him rolling sedately round the croft at the back of the farmhouse in a peculiar looking van. He had the windscreen wound open. Yes, this isn’t a mistake, you could turn a handle and wind the windscreen up for ventilation or better visibility in fog. What was even more surprising, he had a horse yoked to the front!
I asked him what he was doing, always a good thing to do if you are completely baffled, Jack said “Our Harris reckons it’s time I learned to drive so I’m getting used to the steering and brakes before I start the engine.” Put like that it all made sense, I can’t tell you whether he ever got his licence but I treasure the memory of my first sighting of a Jowett van!
Wilfred Jowett of Bradford was a gas engine maker and general engineer in the late 19th century. His daughter Ruth and the two surviving sons William and Benjamin left the family business in 1901 and set up a company of their own, The Jowett Motor Manufacturing Company. Eventually their main premises were at the Springfield Road factory in the village of Idle near Bradford. Not surprisingly the brothers were known as ‘Bill and Ben’.
William had a son called Clarence who followed on in the family firm. In 1936 William bought a small company making agricultural tractors and in 1945 Clarence severed his ties with Jowett Motor Cars and concentrated on running the tractor firm, Bristol Tractors.
Bristol Tractors had started up in 1932 and was manufactured by Douglas Motors Ltd of Bristol. In 1935/36 William Jowett bought the firm and production of the tractors moved to Idle at Bradford. A Jowett engine was used to power them and production carried on during the war rising to perhaps 80 tractors a year by 1940. In December1945 and January 1946 Clarence took over Bristol Tractors and moved it into Sough Mill. He might have done a deal with H A Saunders who were Austin distributors at this time and I think the Sough tractors had Austin engines. What is certain is that the mill had a new lease of life. Things were looking up, Earby had a motor manufacturer! 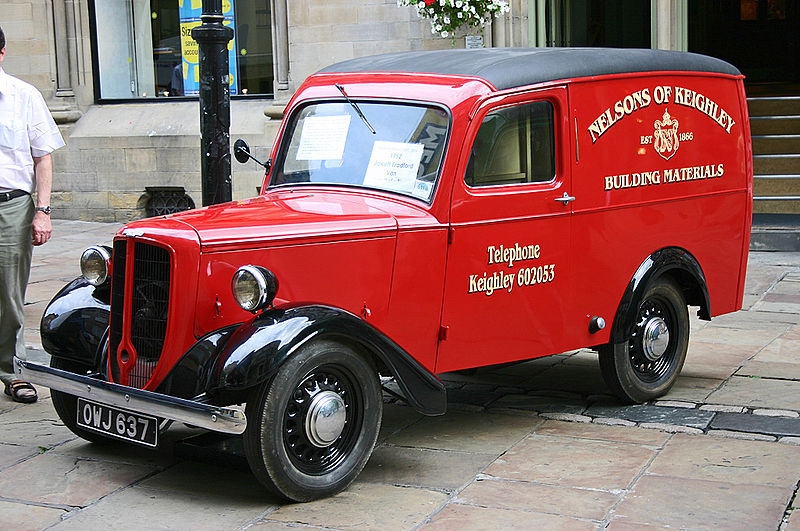 I was born in Bradford and both my dad and his friend had Jowett cars. I'm not sure what make my dad's was but I remember for certain that his friends car was a Jowett Javelin.

My dad worked at Hindle Auto's in Bradford then moved to Hepworth and Grandage at Yeadon. Around 1963 he went to Earby Light, that was at the Northside building near the sewage works in Earby.

My ex father in law was Tommy (sometimes known as Harry) Watson. He used to work the furnace at Bristol Tractors then later the furnace at Ouzedale in Barlick.

It was interesting to learn from you the connection of these two companies which both played a part in my past.

MickBrett wrote: ↑15 Oct 2021, 13:32 My ex father in law was Tommy (sometimes known as Harry) Watson. He used to work the furnace at Bristol Tractors then later the furnace at Ouzedale in Barlick.

My neighbour, Colin Holt, was a toolmaker at Bristol Tractors. Not sure exactly when but he's in his eighties now.
Kev

Is that the same Colin Holt whose father was warden at the Youth Hostel in Earby for many years?
https://www.wunderground.com/personal-w ... UNITEDK203
Top

Wendyf wrote: ↑15 Oct 2021, 16:53 Is that the same Colin Holt whose father was warden at the Youth Hostel in Earby for many years?

I'll ask next time I see him Wendy.
Kev

If he is one of your Facebook friends then yes it is. I've chatted to him on a number of occasions, the last one being at Kelbrook Tractor Run recently. Nice chap.
https://www.wunderground.com/personal-w ... UNITEDK203
Top

He is indeed. His late partner, Claire Barritt, owned the house I currently live in. He is a very nice man.
Kev

My neighbour, Colin Holt, was a toolmaker at Bristol Tractors. Not sure exactly when but he's in his eighties now.

My neighbour (when I lived on the ranch), Harry West also worked at Bristol Tractors and his son John West worked at Earby Light when I was an apprentice there. Old Harry took me on my first fishing expedition to the beck at Sough

A photo from the Earby History Society Facebook page (possibly taken by Bob Abel) from a Bristol Tractors day at Bancroft Mill 2010. Colin Holt on the right. 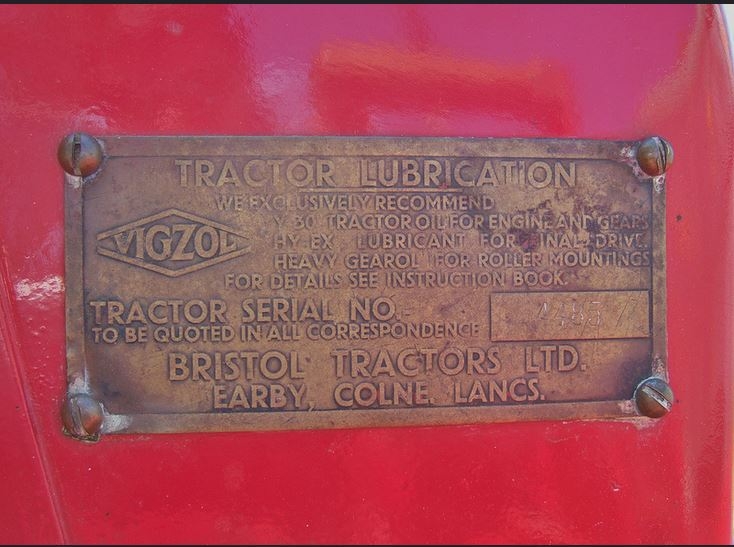