'Man's Best Friend' is usually applied to living with a dog. Notice I say 'living', I don't believe you can 'own' a dog or even 'train' one. All you can do is live with them and hope to civilise them. With kindness and a good routine this will happen and if it doesn't it's not the dog's fault, it is yours, you're transferring your bad habits to the dog! I've been a companion animal to dogs for a lot of years now and Mrs Marsh, our veterinary and a lovely woman, says that I am a good man at it so it might be appropriate to pass on some of the things I have learned over the years.
The first thing to say is that you always stand a better chance of a good bond if you get your dog as a pup straight from the mother. They are pack animals and if they have a good routine and are treated well they will bond to you. The older they are and the worse their previous life the more problems you will hit. I have had my share of failures with older dogs and in one case, Big Jack, the Lurcher, had to have him put down after consulting Mrs Marsh. He had been terribly abused for the first 18 months of his life and only tolerated me. After four years he got to the stage where I couldn't control him and my great fear was that he was going to run into a small child at full stretch and it could be fatal. Mrs Marsh said that when I first got him she didn't think we would last for three months but in the end I gave him over four good years which was a small consolation.
I was telling a bloke once about the problems I was having with another rescue Lurcher. Joe wouldn't come back to me on command. He said "Well, there can only be two reasons, first, it's had a better offer and second, it doesn't like you!" Hard to accept but I think he was right. Another thing is that the biggest dog you can own only needs a double handful of food each day. Over-feeding dogs is abuse but so many people think it is kindness. 'Treats' (or bribes) are a mistake once the initial puppy stage is past. A dog should clear its bowl as soon as it is put down, if it doesn't you are giving it too much.
Last and most important is to let your dog socialise. All right, at times your terrier will try to assert superiority over another dog but that's normal and they both know what it is about. They won't bite if they are civilised and as soon as they have established which is top dog they will be mates.
If you get it right, living with a dog is great. It's the only situation I know where you can get totally unconditional love 24X7. That's a rare thing these days! 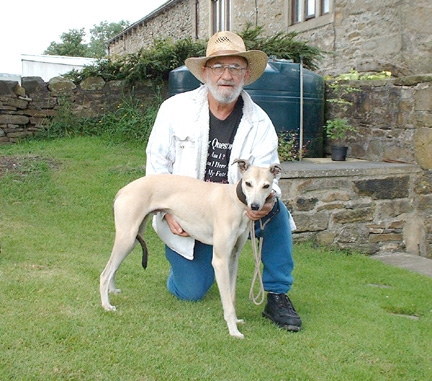 Joe, the Lurcher. A rescue dog that was a failure and had to go back to the kennels.
Stanley Challenger Graham
Stanley's View
scg1936 at talktalk.net

Yesterdays visit to the Colne's 'Samaritans' book stall picking up my normal pile of dry as dust books. Looking for something a bit more light hearted I picked up 'Buster's Secret Diaries' written by Roy Hattersley MP. Buster is Hattersley's dog. The diaries are from the dog's prospective giving the view from the other side sort of speak. Very entertaining, never knew MP's had a sense of humor. If you ever come across this in the library grab it for a few hours entertainment.
Top

Bumped and the change these days is that after the demise of Jack, I am dogless (if that's a word!)
I don't yearn for another companion, the house is much cleaner and my life is easier! But still think that it's possible to be a best friend to a dog.... 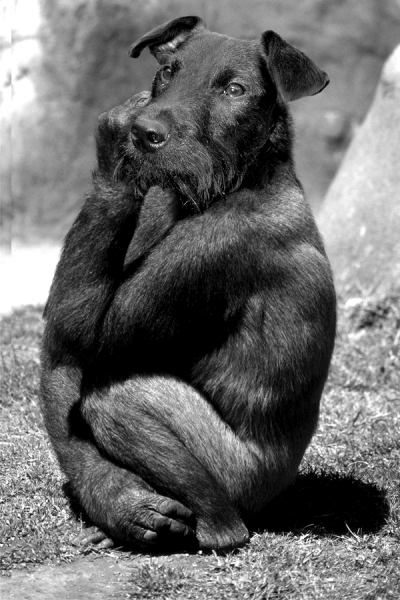