The shorthand version of why Abbot Alexander left his comfortable life as abbot at Fountains Abbey to come to Barlick with twelve monks in 1147 to found a new house is that shortly before Henry de Lacey, the Norman Baron in charge of a huge swathe of Northern England was taken ill in his fortress at Pontefract and promised his priest that if God gave him back his health he would found a new religious house in his name. He got better, the priest reminded him of his vow and so he gave a remote Manor, Barlick, to the Cistercian monks at Fountains Abbey and promised help to set up a monastery. Note that these were not Benedictines, the Cistercians were a break-away order of monks dissatisfied with the lax rule at their Benedictine monastery in Molesme (France) who founded a new abbey at Citeaux nearby in 1098. They formed their own rule, Cistercian and it was very successful. This is a lovely story and could well be true but there is more to it than a simple gift to the church.
These were lawless times in England. In order to be successful and hold his lands a man like Henry had to be ruthless and cruel. Ordering his troops to punish rebellious subjects by armed force, killings and at times even worse was normal behaviour for a Norman Baron. The problem was that he was a devout Christian and believed that he would have to answer to his maker for these acts when he died and would certainly go the hell. This problem had been solved in 1095 by Pope Urban II when he called for a Crusade against the occupiers of Jerusalem. He recognised that he had a problem because he was asking those who went on Crusade to condemn themselves to Hell. His solution was simple, he offered absolution to anyone who sinned in his service as they were doing it for the glory of God and the church. By the time Henry was poorly it was generally accepted that doing good for the church was an automatic 'get out of gaol card' for sinners and so giving land to the monks and founding an abbey was an insurance policy. I have never seen it mentioned but the monks would almost certainly have been instructed to say Masses for his soul.
There was another reason, the monasteries were encouraged by the monarchy because they were a useful tool for social control. They supervised the parish priests and ensured that the peasantry fully understood the penalties in the after-life of any deviation from the teachings of the church. They were as frightened of Hell as Henry was. This over-arching constant threat was the basis of the power of Rome and the Pope and he dispensed it through the monarchs and clergy right down to the lowest levels of society. This is the real reason why Barlick briefly had the prospect of a monastery in the town. It could also be why the locals were so hostile. 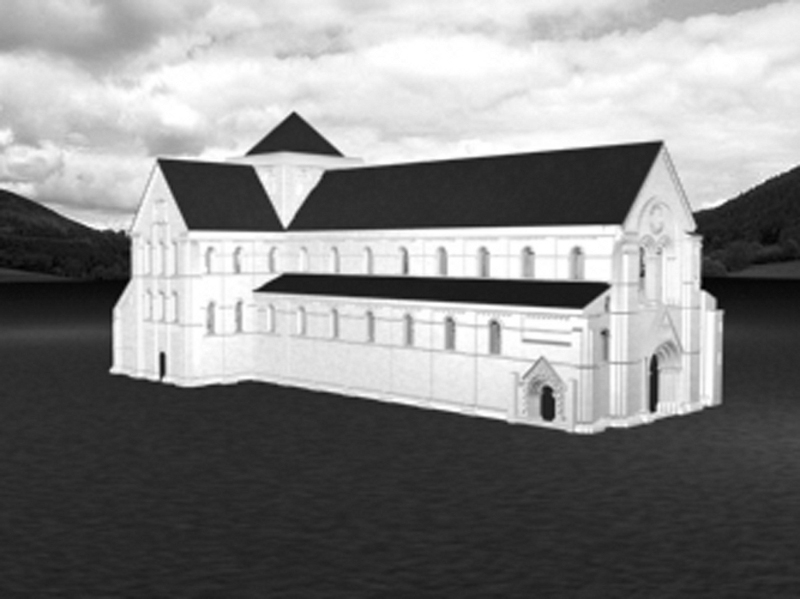 An impression of Kirkstall Abbey as built after 1152.
Stanley Challenger Graham
Stanley's View
scg1936 at talktalk.net

Re: MONASTERY IN BARNOLDSWICK 02

Lovely reading Comrade. Nolic
"I'm a self made man who worships his creator."

Re: MONASTERY IN BARNOLDSWICK 02